I first read The Digital Economy in 1997, two years following its initial publication and after I had completed Don Tapscott’s next book, Growing Up Digital.  At the time, I was teaching in and directing a postgraduate Media Studies programme that ambitiously sought to combine the study and practice of more traditional media, particularly narrative film, documentary, and television, with new media theory, digital production and even design principles.  It was a heady pre-Millennial moment of experimenting with increasingly widespread digital technologies and of musing on the potentially world-changing possibilities they seemed to represent.

Fittingly, The Digital Economy ranged widely from practical issues of managing and implementing technologies to more far-reaching questions about where they might enable individuals, businesses and society to go.  In an early chapter, Tapscott distinguishes between business process reengineering and business transformation – and how taking that latter, more ambitious step required an openness to change.  While an important distinction in terms of business, of course, the clear implication concerned a more general willingness to accept and participate in larger-scale transformation, of individual, economy, and society.  The book then went on to offer probing yet accessible discussions of the import of analog versus digital, the arrival of smart products, the need for overhauling talent management and learning, the ascendant roles of IT and CIOs in organizations, and many more topics in order to portray an emerging future.

One of Tapscott’s gifts has been the consistent ability to examine such topics in detail while also conveying but not overstating their greater significance.  As a prolific and consistently insightful analyst and commentator on the digital transformation, his work falls, for me, into four overlapping areas of interest: (1) the “net generation” to which he’s devoted several books starting with Growing Up Digital; (2) mass collaboration, openness and sharing, probably most familiar from his 2006 bestseller, Wikinomics (co-written with Anthony D. Williams), and its recent sequel; (3) the more explicitly business-focused books, beginning his earliest publications on office automation and clearly elaborated in the 2003 The Naked Corporation; and his integrative writings on the digital society and economy, of which The Digital Economy is still the most penetrating.  Whatever the specific object of discussion or analysis, though, the wider contexts and deeper humanity of technological, business and social change remain an unmistakable priority for him.

Re-read today, that balance and breadth still set apart The Digital Economy.  Contemporary analyses of all things digital, particularly in business and management writing, tend to lack his sensitivity to broader human or social contexts – at least contexts expressed with balance and without hyperbole.  In the original chapter on leadership, Tapscott opens with a quote from Internet pioneer Vint Cerf about the Internet being “like the wilderness of the Wild West,” both inevitably awaiting the imposition of systems and civilization but always retaining “some interesting wilderness areas to visit.”  That metaphor was ubiquitous in the late 1990s.  Yet the opening section of the chapter, in which he discusses how difficult are paradigm shifts and journeys into the ”wilderness” of the unknown for “leaders of the old,” remains as valid as ever a commentary on human nature and the challenges of profound change.

To Tapscott’s credit, little of the new material is self-congratulatory.  The Preface to the Anniversary Edition offers a valuable summation of the book’s major ideas and the extent to which they have come to pass – or not.  Throughout, the new commentaries preceding each chapter provide valuable extensions and illustrations from the last twenty years of the nascent ideas proposed in the original text.  The updates on the “The Internetworked Business” chapter, for example, draw on insights (specifically, the seven business models) from Wikipedia in order to frame the importance of developing and implementing a coherent strategy for advancing the social economy, workplace, and marketing.

Tapscott also rebuts critics who claim he has been a digital Polyanna by downplaying or ignoring the “dark side” of the transformed economy.  Especially compared with some of his mid-1990s contemporaries, the tone and treatment of possible digital futures in these pages is balanced.  Recalling many of the visions of the time, both utopian and dystopian and often charged with Millennial hope or uncertainty, The Digital Economy was less a futurist tract than an exploration of social and economic possibilities grounded in actual (or emerging) technologies and human practices.  That the author foresaw accurately so much of what has developed in the years since the book first appeared is testament to his sensitivity to the ways businesses, societies and especially people engage new technologies and change more broadly.

The original text does contain some obviously glaring misses.  A few are small and forgettable, as with the insistent use of the “Internetwork” and, especially, “I-Way” (for “Information Highway”) as the digital basis and engine of future progress.  Others, notably the significant treatment accorded to privacy issues late in the book, require fuller annotation in the new edition.  Citing “Big Brother” and (corporate) “little brothers” as threats, the conclusion in 1995 was to take greater care with the information we give away.  Two decades later, as Tapscott acknowledges in his new comments, individuals are thoroughly connected by social media, Big Data, surveillance and geospatial systems, and many other institutional networks and technologies, shifting the onus much more to institutions and owners of data to manage data and their privacy appropriately.

The next and final chapter of The Digital Economy addresses the “new responsibilities” of business.  Here, the author writes most directly about “societal transformation” and how the many technologies and transformations he has catalogued can help re-cast the role of corporations in society and even the future of democracy.  Then, closing his retrospective comments, Tapscott writes that “this Anniversary edition is not intended to be a history text.”  Strictly speaking, he is right.  Yet when framed by the new material, the original text can still serve a very similar and valuable purpose, namely, to give an illuminating longer view of two decades of changes, small and large, wrought by the digital economy and experienced by each of us – and still to envision a future marked by immense promise and some peril.
Posted by David Slocum at 5:54 PM 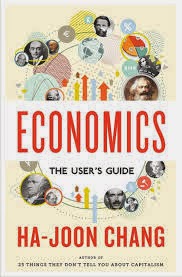 David Slocum
I design, lead, and teach in executive training programs, and am a certified executive coach, with a focus on leadership and management of the creative and media industries. Trained as a sociologist and historian, I am currently writing a history of creative leadership. I serve as a Professor and the Faculty Director of the Executive MBA Program at the Berlin School of Creative Leadership (Steinbeis University, Germany) and previously held appointments at the George Washington University School of Business and New York University.